I’ve been in London for about two weeks now, which means I’ve been here long enough to notice the subtle differences in the everyday way people do things. Yes, there’s the accents and the love of tea and the British words but there’s a lot of other differences too. Some of them of funny, some of them are confusing and some of them are downright annoying. So, here are a few of my favorite London quirks I’ve encountered so far:

1. Yes, they drive on the wrong side of the road. 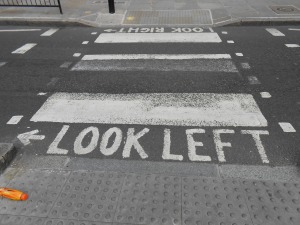 2. They really love queues (lines) and will give you dirty looks if you try to violate the sanctity of the queue. They even queue at bus stops.

3. They don’t refrigerate their eggs. 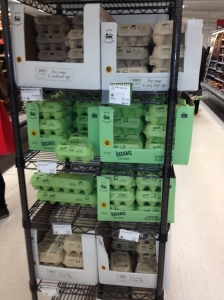 4. The outlets. You have to turn them on before they work. 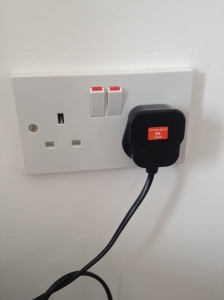 6. Dates and time. They use a lot of military time here. And the dates are written day-month-year, not month-day-year.